Latest News
Home /Boeings about to break below a key level, and heres how one trader is playing the drop

There’s more trouble ahead for Boeing shares as the stock now faces a key level, according to TradingAnalysis.com founder Todd Gordon.

On Tuesday, shares of Boeing dropped more than 1 percent after the company saw deliveries and orders on its 737 jets plummet in the first quarter.

The stock is down more than 17 percent from its high on March 1, and as it approaches its 200-day moving average, Gordon suggests a break below could open up the flood gates to more pain. 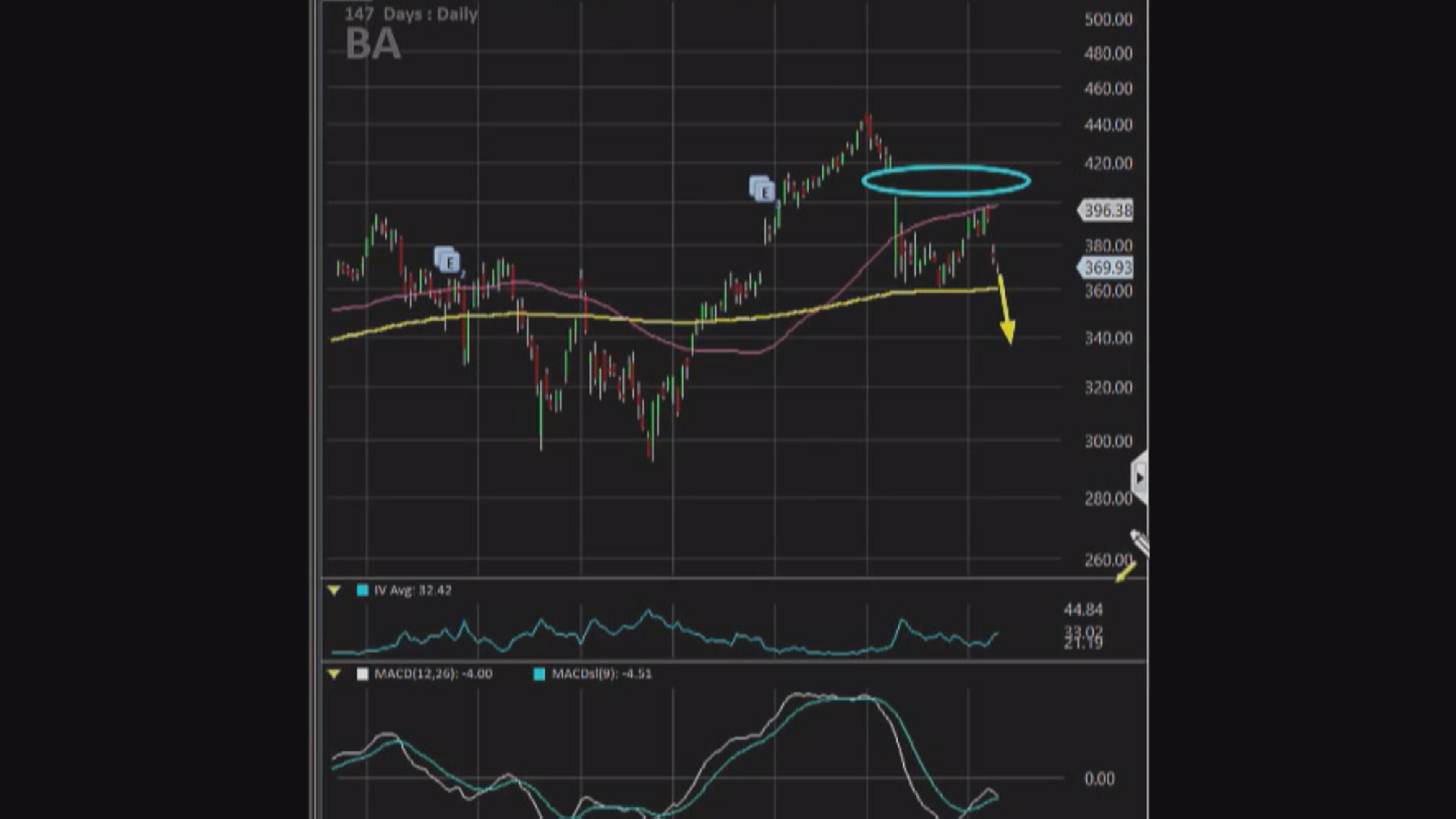 As a result, Gordon wants to short Boeing going into the company’s earnings report on April 24. He says the stock could not only fall below its 200-day moving average, it could actually fall to around $340, which it hit in January.

Since he’s not looking for “an all-out collapse” for shares of Boeing, Gordon says, he wants to play the stock using an options butterfly. In this case, he is using the combination of a put debit spread and a put credit spread.

These are Goldmans most-loved market-beating…

Chipmakers have surged this year,…